I asked the following

No Retreat order rule on page 26 Crimea Book: 16.41 The extra step loss for a unit with no retreat and not German. Is that ONLY when you get a R result?That is the way I read it. If I have a no retreat Order, but the combat result is say 1/1, I dont take an extra step loss if its say Romanian Cavalry? Or is bullet 1 and 2 IN ADDITION to whatever other result you get? I wouldn't think that makes sense. Also in the standard 6.2 rules PDF download heck I cant even find this anymore in that book am I losing my mind lolNext: Flotillas and WHERE they can move. This may be according to game but not sure. Minor Rivers like the ones on the Kiev To Rostov map are they off limits? Or say the Crimea Map.(pictures attached)The TEC chart in the later games says "Canal/River Hexside" In Army group North Canals have a specific look on the map. So are Flotillas limited only to Sea Hexsides and Major Rivers or are Rivers/Canal Hexsides in play as well. (the smaller blue lines that run along a hexside)

The TEC chart in the later games says "Canal/River Hexside" In Army group North Canals have a specific look on the map. So are Flotillas limited only to Sea Hexsides and Major Rivers or are Rivers/Canal Hexsides in play as well. (the smaller blue lines that run along a hexside)Canals have a 'hatched' graphic on one side of the 'blue' line that represents the actual canal. Flotillas CAN move along a canal but they have to remain on the hexside that has the hatched graphic (ie in the hex where the hatch extends into). With a river, they can move along either side (bank). A major river, like a river, can move along either side/bank with the addition allowing that flotilla to move along the 'opposite bank' and ignore the enemy unit ZOC on the major river bank.

Hello all. I have a question about the No Retreat order rule on page 26 Crimea Book: 16.41 The extra step loss for a unit with no retreat and not German. Is that ONLY when you get a R result?Yes, only the 'R' result generates the loss, and no retreat. If German only, that's it. If any others, there is an additional loss, making two steps lost, however, certain terrain can cancel that 2nd loss.

d. Flotillas move on canals, the same way they do major rivers, but only on those hexes that include the canal graphic.

OK, look at this two PNGs. One is the TEC and the other is a piece of Canal.

Note the canal runs along the hexside and to the RIGHT of the canal is the hashed markings that denote that this graphic is a CANAL.

And while a Flotilla can travel along a canal but it can ONLY transit in the hexes on the right side of the canal and CAN NOT transit on the left side hexes.

So they travel on the HASHED side but not the non-hashed side. 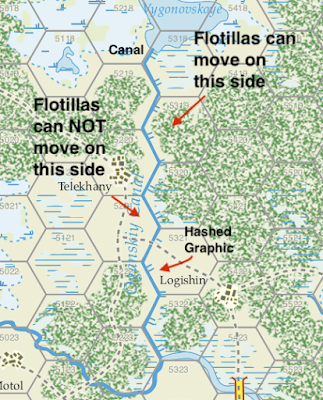 Posted by Gamer Hudson
GMT has had a walkthrough PDF of the AGN learning scenario on their site for a while. It replaced the one in the playbook due to numerous errors and errata in that version. If you are the writer let me know as I went and added page numbers and a table of contents. This doc has been on their site for years I just don't know who the actual writer is.
I have taken that document and exported it to word, added page numbers and a ToC, then reimported it to a PDF. I will share the link below
https://drive.google.com/file/d/14vzLSKchPoUhHKzgwreD_wv5pGJJ-kT7/view?usp=drivesdk
Let me know if that doesn't work. To comment on my blog you have to have a legit Google account I was getting way too many spam posts. 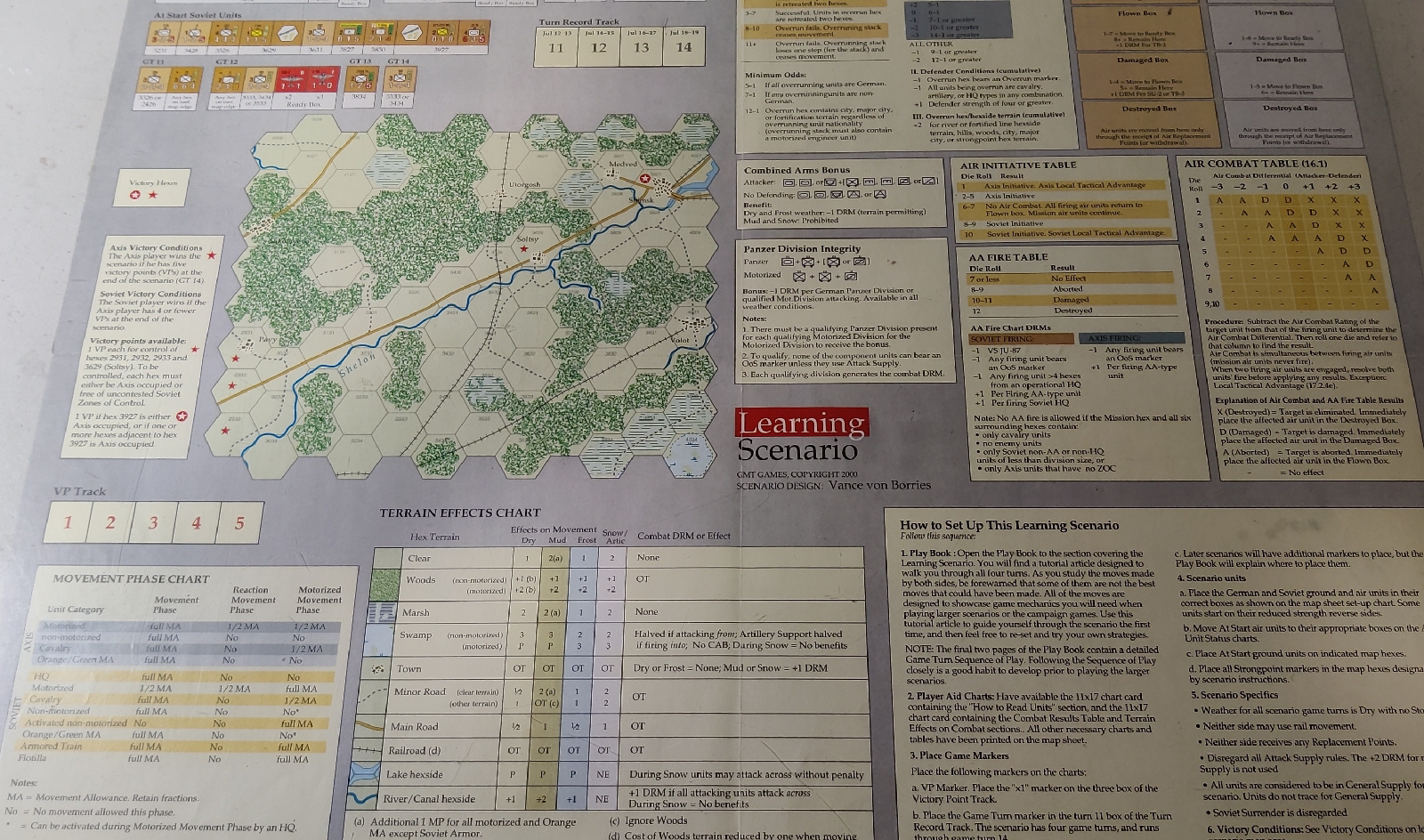 The little Romanian Cavalry Brigade that could

In my previous video I did a little combat example of a soviet flotilla and soviet infantry brigade taking on a lone Romanian Cavalry brigade by a major river. Backs pinned to a natural barrier and being attacked by soviet enemies from the water and land what would happen?

The odds turned out to be 1-1, and with a no retreat order placed the Romanians were prepared to go out in a blaze of glory.

"On 15 March 1942, the Romanian cavalry brigades changed their name to divisions, as well did the mountain brigades.

Because the equipment and vehicles had to be ordered in Germany and the necessities of the Wehrmacht received higher priority, the deliveries of materials were not sufficient. Thus it was decided in 1944 that only the 8th Cavalry Division was going to be transformed into an armored cavalry division."

The result was a attacker 2 step loss and a defender 1 step loss (roll of 2 plus 1DRM for the No Retreat). The picture below shows the Romanian Cav with its step removed the attackers not so lucky....they only had one step. In a futile attack the Soviet forces disintegrated and faced annihilation.

The 8th Cav Brigade is part of the Romanian 3rd Army: 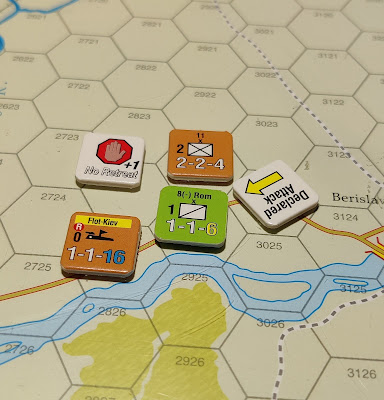 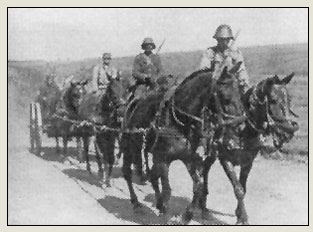 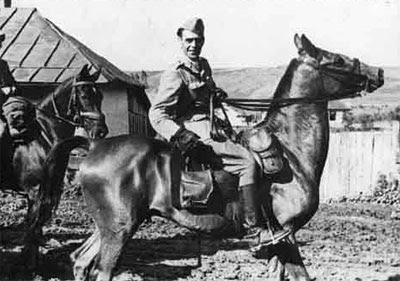 Many vessels served with the Dnieper Flotilla. One common type was the BK armored gunboats. This type served in large numbers with the Dnieper Flotilla as well as other Soviet river flotillas. At the time of the German invasion 85 of these were in commission, 68 were under construction, and a further 110 were ordered on August 18, 1941, all of which were completed during the war, and about 90 of which were lost 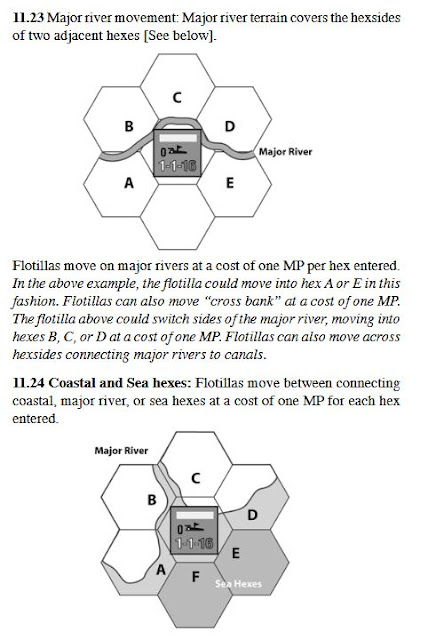 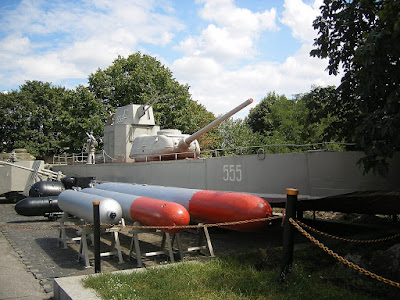 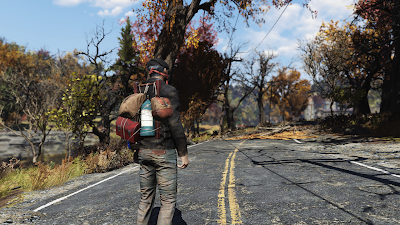 Posted by Gamer Hudson
at 8:17 PM No comments: